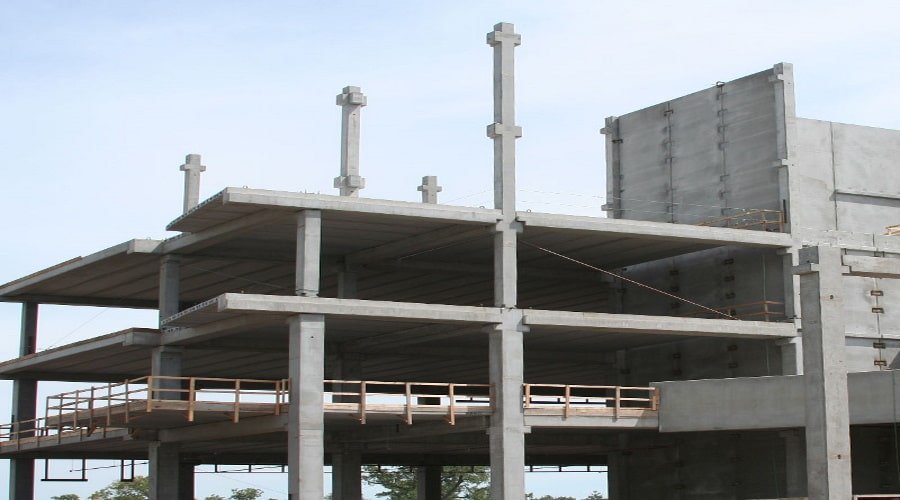 What are Beams and Columns in Structural Engineering?

The System of Columns and Beams have been used in so many ancient civilizations such as Ancient Egypt (3100BC) and the Roman Empire (30 BC) Ancient Greece and Ancient Rome. Nowadays, Slab-beam-column System is used widely in all superstructures with modern technology, and materials for the construction process. Generally, the load of the slab is directly transferred to the beams and then to the columns, down to the foundation, and then to the supporting soil beneath.

The columns are one of the most important structural elements in structural engineering design, responsible for transferring loads from the slab (dead and live loads) to the foundations and then to the soil beneath.

We determine the dimensions of the columns according to the value of the loads located on them, which usually receive vertical forces towards its longitudinal axis resulting from loads of horizontal beams and slab loads above them, as they are exposed to the effects of lateral forces due to wind and earthquakes. The horizontal section is usually rectangular, polygon, circular or as determined by the architectural design.

Forms and types of columns:

The minimum dimension (column width) in the horizontal section of the rectangular column shall be not less than 8 inches and not less than 10-12 inches in tire columns that undergo torque moments, as in the case of wind and earthquake resistance or dynamic loads according to the American code.

Steel columns are classified into 3 types depending on the shape of the horizontal section:

These types of columns are the main structure of the galvanized steel sections and are coated with concrete. This type of columns is used when the loads on the column are large, which in turn gives large concrete sections that are architecturally undesirable. This type is used to reduce the column section area

These types of columns are used in multi-story and industrial buildings whose construction requires the implementation of complex scaffolding with the use of galvanized steel to support casting molds.

These columns are armed on the perimeter such as arming the ordinary concrete columns. Concrete columns with a resistance of not less than 3550 psi and steel of various resistors are used, often cast on site.

Beams are horizontal structural elements responsible for transferring loads from the slab (dead and live loads) to the columns. We determine the dimensions of the beams according to the value of the internal forces (moment-shear-normal) located on them.

Beams are divided into two main types, steel, and concrete beams, and they are used for so many purposes such as:

There are several types of concrete beams, the most famous of which are:

It is the beam falling down the concrete slab.

It is the beam that lies above the concrete slab.

It is a hidden beam within the thickness of the concrete slab, where the width of the sector is greater than its depth.

It is a beam that is used with one end of it free (not supported by columns) and used in projections outside the building.

This type of beams is used when you need to find spaces with very wide seas such as celebration halls in the basement of hotels and then camels over the cabin spaces with short seas like rooms in the hotel.

Steel beams are classified into 4 types depending on the shape of the horizontal section:

The system of beam-column is working as one unit starting from transferring loads from slab to the beam and then to the columns, ending with resisting the other horizontal loads such as earthquakes and wind loads as one unit.